Subject to change. Athletes’ colleges may represent the college in which they are planning to attend, but may not have begun. This list is not sorted in any particular order. Please keep us posted if we have accidentally missed your or somebody you know that is a TipTop Athlete by emailing info@tiptoptraining.com.

Jonathan Scheyer has been training with TipTop since he was in sixth grade; Jon is a 6’5” All-American guard from Northbrook, IL, led his high school team to an Illinois state championship in 2005 and the Duke Blue Devils to an NCAA National Championship five years later. Jon currently is playing.

Jon first achieved national fame by scoring 21 points in 75 seconds during a Proviso West Tournament game during his senior year of high school. In addition to being awarded the title of Mr. Basketball of Illinois in 2006, Jon is a two-time Gatorade State Player of the Year recipient, a three-time All-State selection, and McDonald’s All-American. He was also named a legend of Illinois high school basketball by the IHSA and called “one of the greatest Illinois high school basketball players of all time,” by ESPN.

In college, Jon pursued, and achieved, his dream of a National Championship at Duke University. He famously switched positions (shooting guard to point guard) towards the end of his junior year and was the 2009 ACC Tournament MVP. The following season, he led the championship team in points per game, assists, free throw percentage, and steals per game. As a starting point guard for Duke, Jon’s record was 47-7, and he was a 2010 Consensus All American, unanimous 2009–10 All-ACC First Team selection, and named to the 2010 ACC All-Tournament First Team.

Hiltzik is currently ranked 14th in the nation by TennisRecruiting.net and second in the state of Illinois. He holds a 76-21 overall record, dating back to November 2010, and an 18-10 mark against other blue-chip prospects. In 2011, Hiltzik took home the regional singles titles in both Kalamazoo, Mich., and St. Louis and went undefeated in the National Midwest Team Championship in Urbana, Ill. He also helped New Trier High School to back-to-back Illinois state championships in 2010 and 2011. 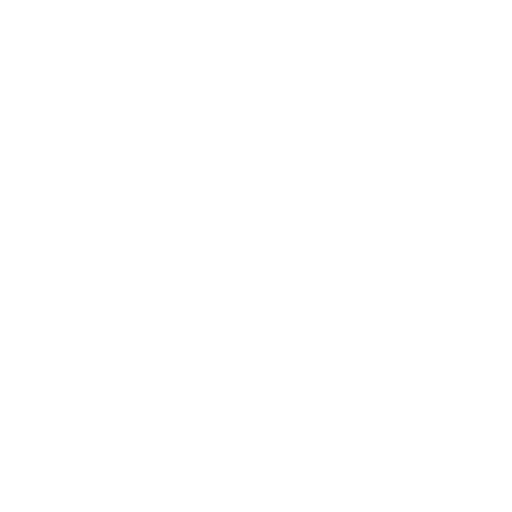 "Whether you are rehabbing an injury, getting ready for the ”big game”, or simply strengthening your body, Mindee’s skills and knowledge will get you to the next level. She definitely rehabbed me back to the course stronger than ever."

"My name is Jonathan Hall and I am currently a senior at New Trier High School. I play baseball and start at second base for the varsity team. Coming into my senior year I hadn't really done much working out or conditioning. My fall coach recommended that I go to TipTop training. Instantly I saw results. I was a quicker, faster and more smooth runner than I was before. I had also strengthened my core and shoulder muscles tremendously. While running as much as we did, I still managed to gain 8 pounds. Mindee has helped me get to a level of fitness that I never could have gotten to by myself. Thanks to her I am in great shape and ready to play baseball."

Hall hit one triple, chalked up two RBI and scored six runs, while stealing three bases during the games. In the first match-up against Austin College, Hall went 3-5 with a triple, and scored three runs, while driving in two runs. Hall went 3-4 in the second game and accounted for three of the Tigers runs. He had a slugging percentage of .889 for the week.

"TipTop has the type of training serious high school and collegiate athletes are seeking these days. They want world champion techniques but they need to learn how to incorporate them. TipTops' SMART system does just that and players get fast measurable results. In 22 years of NCAA Div I coaching I tried many training programs, but Mindee's TipTop program beat them all when it came to performance results. Also, Mindee is quick to return a call and always follows up with my students, that's the personal dedication that elite coaches and players need!"

“As a hitting coach, there are many times when a player hits a physical plateau. Mindee Epstein knows how to give me more player to work with. The results have been fantastic. I cannot recommend a more passionate and competent trainer for young athletes than Mindee Epstein”

“Mindee is a great trainer! She can help you get stronger and faster as well as help you recover from an injury. She is enthusiastic and personable - she loves what she does and is great at it.” - October 14, 2011

Andrea’s son, Jason Brown, a senior member of the Deerfield High School boys tennis team knew it would be tough to start its duel meet schedule against Central, a perennial contender which finished second in the state in 2010. Despite suffering a 6-2 loss to the Red Devils in the season opener, Deerfield has plenty to be optimistic about for the rest of the season.

"I think that this (match) gives us a gage," Deerfield Head Coach Josh Leighton said. "One of the things I talked to the guys about afterward was that this is only April 5th and that we really need to peak towards the end of the season."

*Excerpts from this article were written by Nate Daugherty of the Deerfield Patch.

"TipTop has helped me with my speed and agility. It not only made me quicker and faster, but it made me lighter on my feet, able to move back and forth and side to side smoothly and efficiently. Today, I am one of the fastest people on my softball team and I think I owe much of my beginning progress to you. At Cornell University I am a junior and I play third base. Last year I hit .399 and led the team with 12 home runs. I led the Ivy League in RBIs with 55. In addition, last season I was named first team all Ivy and was named to the ESPN/CoSIDA team. I was also co-MVP. Last year, Cornell had the highest batting average in the country in Division I softball."

Cornell senior Elise Menaker was selected for a spot on the prestigious ESPN The Magazine Academic All-America team for softball announced by CoSIDA. Elise was among four Big Red softball players who earned Academic All-District honors earlier this month.

"Hi Mindee, I wanted to let you know that I have just finished tryouts and I have to say that my guys are more fit than they have ever been. They are quicker, stronger and certainly more agile on the court. We will continue to work on this over the next 12 weeks and make sure that they improve upon what they have done with you. Again, thanks again and I am sure that I will have more guys working with you next year."

“Robert’s speed, quickness and endurance has benefited tremendously by working with Top Training. Mindee Epstein and her staff have enable Robert excel in his athleticism. Their flexibility with scheduling and their “at home” maintenance programs have been an integral part of my son’s success prior to beginning at Stanford University. TipTop has meant so much to Robert, not only athletically, but personally … and I see that relationship and connection continuing in the future. As a parent, I would highly recommend that TipTop Training be considered for any youth looking to become a highly competitive athlete.”